Everything you need to know about the latest septic tank regulations

They were designed to help prevent pollution and protect wildlife and the environment in local waterways.

Under the new regulations, discharge from septic tanks cannot be dispersed to surface water areas such as rivers, canals, streams or ditches. So, if a septic tank is releasing into surface water, it must be upgraded or replaced with a water treatment system.

This poses many potential issues for people looking to buy a domestic property with a septic tank.

The cost of replacing or upgrading an existing system can be expensive and the potential fines for non-compliance can be huge.

It’s the property owner who is responsible for ensuring their septic tank complies with the new regulations. So, if you’re concerned that the property you are buying has a septic tank that may cause issues, we recommend getting a home survey to highlight any potential problems before you buy. 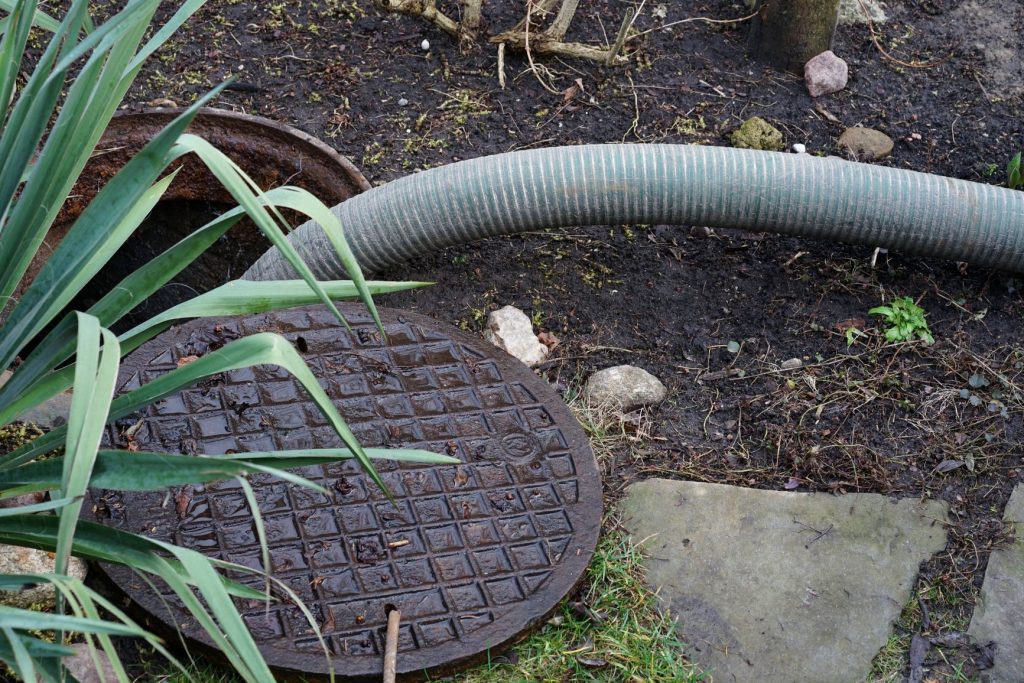 What is a septic tank?

A traditional septic tank comprises two holding chambers, usually built of brick or concrete block.  Effluent enters the first chamber from the drains serving the property and should discharge into the chamber via a dip tube. Within the first chamber, bacteriological action occurs which breaks down the solids and partly treats the effluent.  When the septic tank is operating properly there is usually a thick bacteriological crust on the surface of the effluent in the first chamber.  If this is not present, then it’s likely that the system is not operating properly. The use of strong bleaches and detergents can kill off the bacteria and suitable biodegradable cleaners should be used.

The semi-treated effluent from the first chamber is then transferred to the second chamber via a further dip pipe to prevent solids being carried through.

The second chamber basically acts as a holding chamber, although some further treatment of the effluent occurs.

From the second chamber, the largely treated liquid is then distributed into the soil via land drainage.

What are the new septic tank regulations?

The regulations governing the use of septic tanks are called the General Binding Rules. They came into force in 2015.

They initially allowed homeowners to discharge the separated wastewater from their septic tank to either a drainage field, soakaway system or watercourse.

However, some changes to the rules were implemented in 2020, prohibiting homeowners from allowing their septic tank to discharge to anything other than a drainage field.

Homeowners have not been allowed to install new septic tanks which discharge to a watercourse for several years. However, the new legislation obliged homeowners to upgrade or replace any non-compliant drainage systems. It states:

If your septic tank discharges directly to a watercourse, you need to do one of the following as soon as possible:

You must have plans in place to carry out this work within a reasonable timescale, typically 12 months.

In addition to restrictions on the discharge to water courses, the drainage field is not permitted to be within 50 metres of a water extraction protection zone or aquatic wildlife reserve.

As the new regulations were introduced in January 2020, if you are buying a property that hasn’t upgraded or replaced its septic tank, you now risk falling foul of the law. The maximum fine for not carrying out these works is £100,000.

Buying a home with a septic tank

It’s estimated that septic tanks are used in up to ten per cent of all residential properties in the UK. In urban locations, septic tanks aren’t that common. Rural or remote properties are more likely to have a septic tank as part of their drainage systems. If you are buying a home and think there’s a possibility it uses a septic tank, then getting a home survey is essential to ensure it’s compliant with the latest legislation.

Many owners of properties with an old septic tank system do not know about the new regulations, as they haven’t been widely publicised. However, it’s the homeowner’s responsibility to ensure their property meets the regulations. So, determining whether the property has a septic tank – and if it’s compliant – before you buy is essential.

If it isn’t, you can insist the seller resolves the issue before you commit to buy. If it’s already been sorted, you have the peace of mind of knowing that the property you are buying is compliant. It’s a win either way! How can GB Home Surveys help?

At GB Home Surveys, we can help you avoid any nasty surprises that come with buying a property.

We offer a different approach to getting a home survey that’s thorough, convenient and hassle-free. It will provide you with all the information you need to make the right choices.

We’re an independent, RICS regulated chartered surveyors and have provided trusted services for almost 30 years. Our surveyors are all RICS registered valuers and have vast local expertise and knowledge, so you can be sure you’re getting the best advice to help you buy with confidence.

So, if you are interested in buying a property but are concerned there might be issues with its septic tank, get in touch.

For a free initial consultation and a no-obligation quote, give our friendly team a call today to discuss your requirements.

Looking for a quote, or maybe you have a question? Get in touch today.